A prize pair of buffoons, I understand they both share the same forename, oh – and family name too! Not by any chance related? No, I’m sure we’d have been told. I have heard that a week is a long time in politics and the separation in time here is several years. Fifty two weeks in a year, so that’s … A lot of weeks and a long, long time in politics. Time enough to change ones firmly held convictions and core beliefs.
Or maybe one or the other is a mouthpiece for whatever currently happens to be expedient? 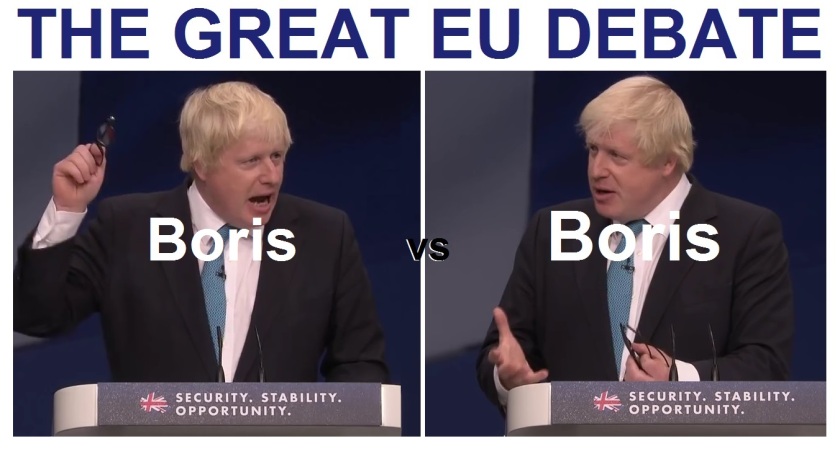 Here it is – the great EU referendum debate featuring two of the finest debaters on opposite sides of the EU argument:

Question Number 1.
How necessary or important is it that this referendum on Britain’s membership of the EU takes place? Over to you first, Mr Boris Johnson … 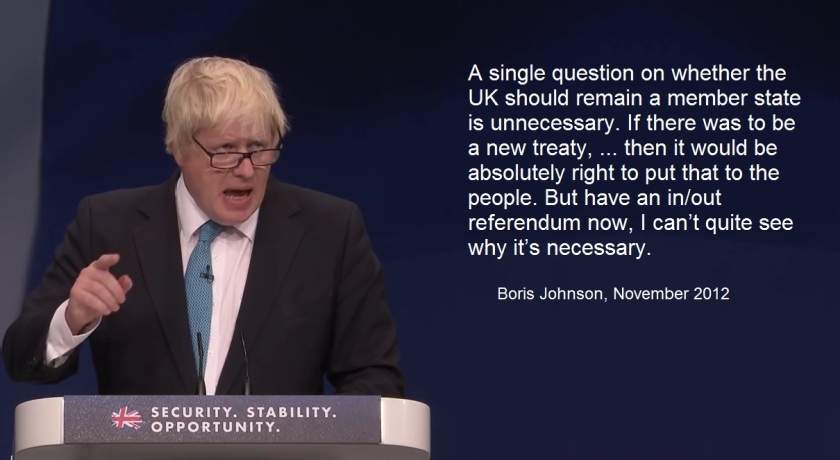 What do you have to say to that, Mr Johnson? 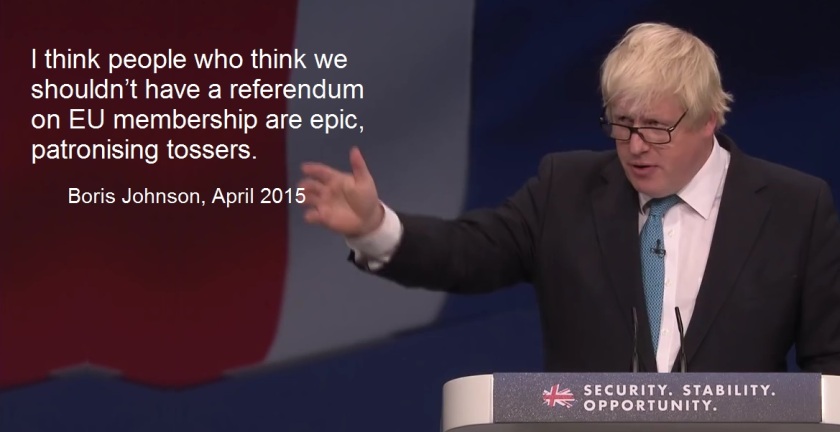 Strong words from Boris for his opponent Boris Johnson. Now for question Number 2.
What would happen if Britain left the EU. Mr Johnson? 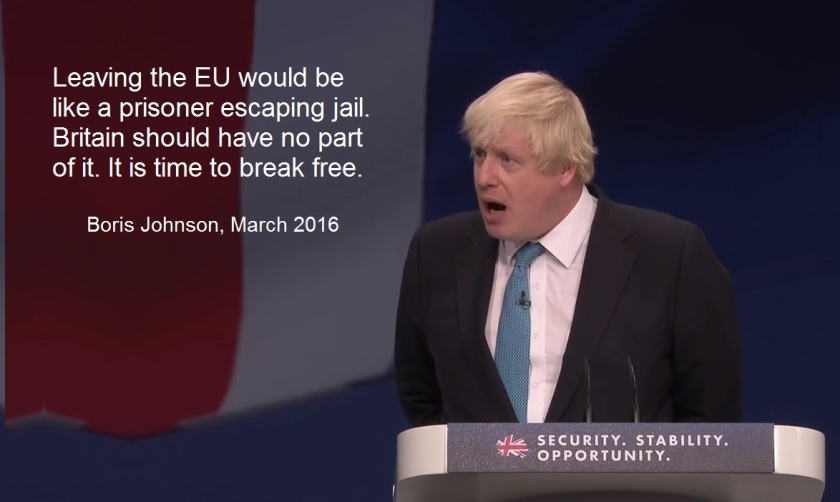 And what do you think Mr Johnson? 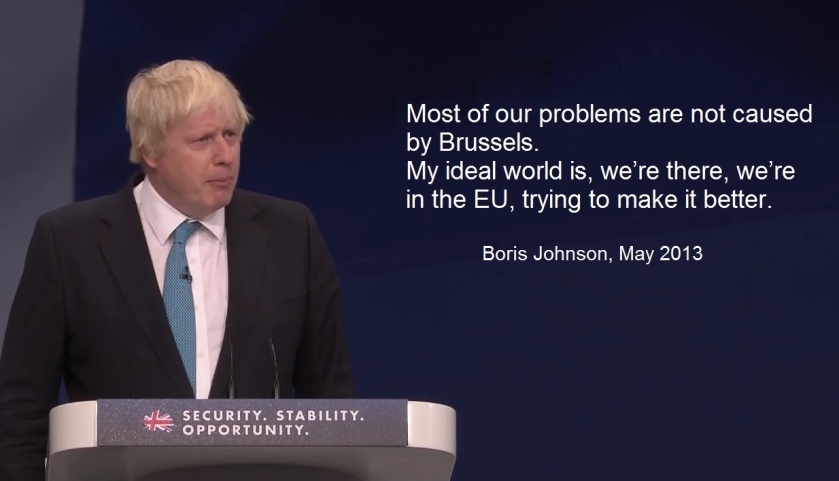 So a huge disagreement between Boris and his opponent Boris. Question Number 3.
Some people claim it would be too difficult in practical terms for Britain to leave the EU. Mr Johnson, do you agree? 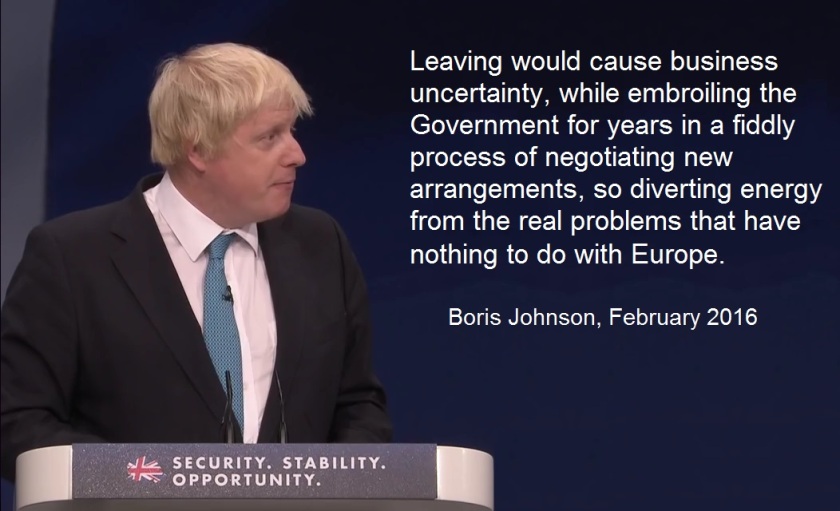 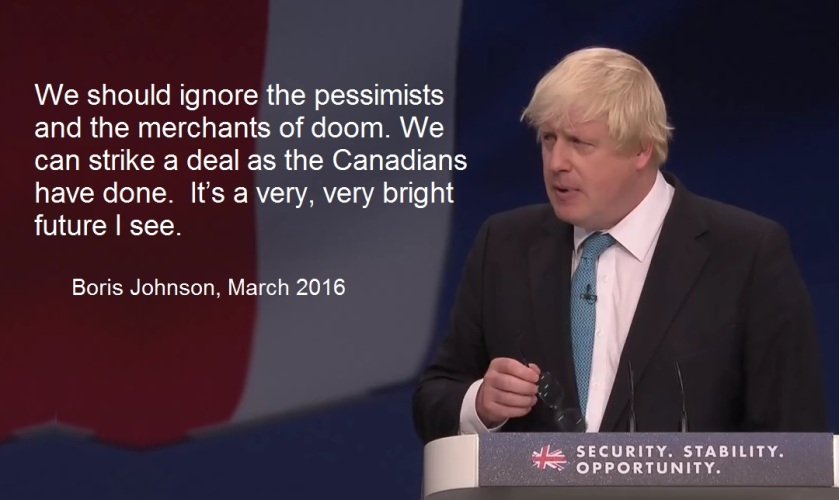