My great-grandfather’s leaders took England to war,
They’d subdued the Zulu, Sepoys and the Boer,
Plucky Belgians frustrated Von Schlieffen for weeks,
Time enough to recruit and to shake an iron fist,
Backed up by those men fit enough to enlist.

Balkan intrigues threw a spark in the dry, dry tinder…

All be over by Christmas, that is what was said,
Four years later it ended and so many were dead,
Those whose wounds did not kill them contracted the Flu,
Which spread to schools, homes and factories too.
As if the War to End All Wars was not enough…

The Four Horsemen were busy in those days.

Claiming the souls of the weak and the strong,
The talented, gifted, Muse and mundane
The rich and the poor; Death took them all.
So we had The Great Flu and we had the Great War.

…The Chile Pine put down its roots and grew;
The Monkey Puzzle watches; and is growing still. 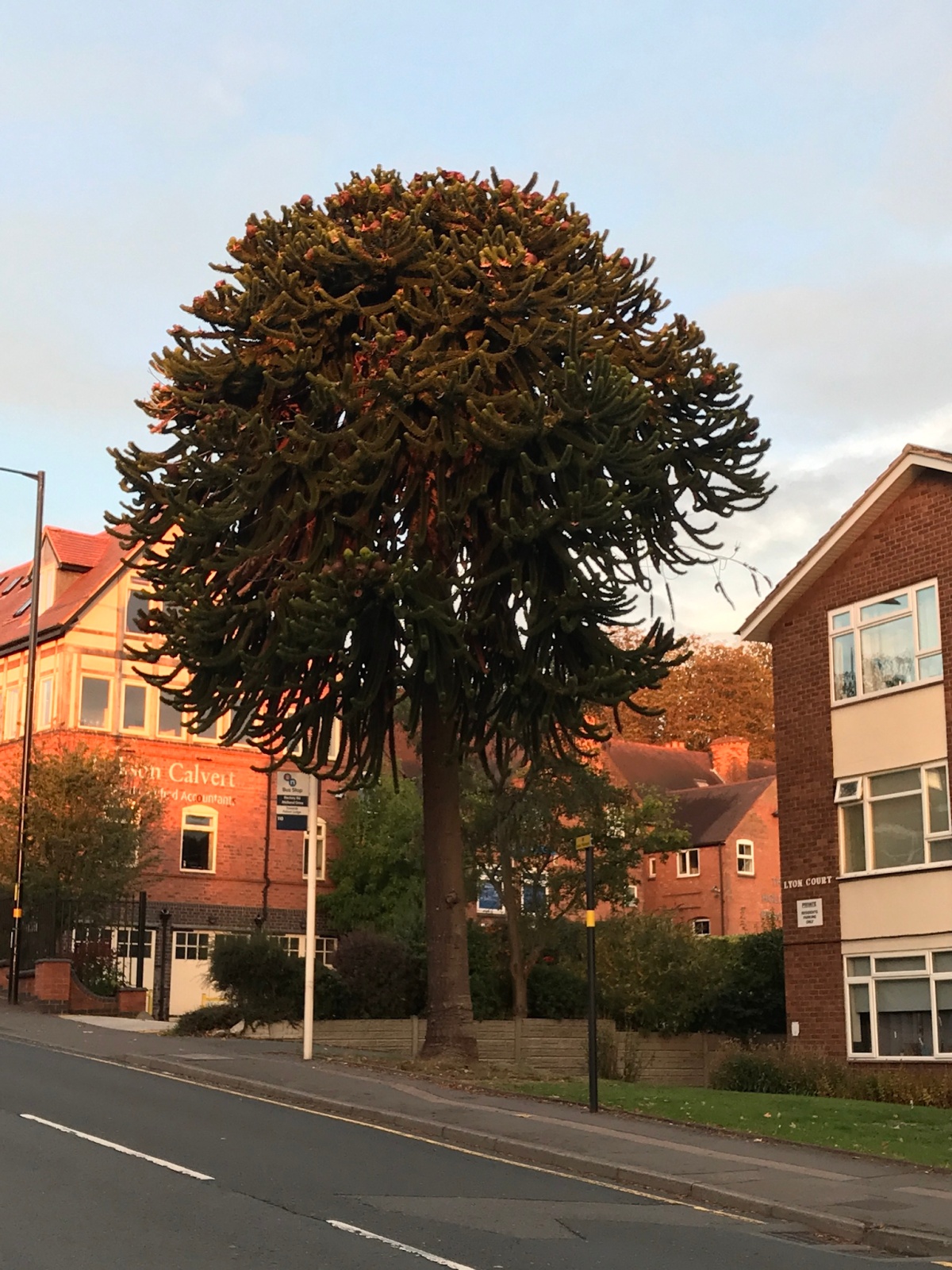 You were there when my mother was a child,
In the horsey people’s forecourt up the hill.
She looked at you and
Wondered what you were,
Where you came from and
What you were doing here.

While it is very plain
To see you are a tree,
You are a tree unlike
The others all around.
So very tall and straight,
Your branches at the crown,
Not meant for kids to climb
Unlike the others in the town.

You were there when I was a little boy.
Outside the maisonette block up the hill.
I looked at you and
I wondered why
You were called a Chile Pine,
Araucaria, the Monkey Puzzle Tree.

Maybe it was just a saying,
Or a legend.
Or the exotic, twisted seed pods – not cones,
More like those finger traps
Of fakirs and magicians,
Perplexing monkeys
In the far off forests where
Your ancestors had grown.

You were there, a novelty in the garden of the gentry,
Before my mother ever saw you, as a child.
You were there outside the flats
Where that garden had once been,
As I walked up that hill to school,
A boy in grey serge shorts forty summers on.

No horsey lady, now, rings in the New Year.
In her smock at 12 o’clock with her handbell.
Marching up and down the hill
With her tidings of goodwill,
Bringing merriment and cheer
For the twelve-month yet to come.
The Chile Pine put down its roots and grew;
The Monkey Puzzle watches; and is growing still.