Fascinating. Everything nice that one would hope to find in a well researched, referenced but readable article. A bit like Eton Mess or one of those desserts served in a metal pail with ice cream, chocolate, brownies, M&Ms and sparklers stuck in the top.
As a Brit I confess that the sentiment expressed in the opening paragraph about the ‘build’ of the average American does appear to be held as true this side of the pond.
However, I’m in no position to talk on this subject; too much ice cream.
It will take me a while to digest (no pun) and, as always, you have provided food for thought. (Sorry!)
The risk factors are pretty much universal across the developed world. It is not always explicitly stated that individuals may be exposed to multiple risk factors; also that medication prescribed for many mental health disorders themselves disorder appetite, reward and goal oriented behaviour. Pleasure to reblog on Gogwit’s Blog!

By Robert A. Vella

There is a long-held international view of Americans as being fat, lazy, and obnoxious.  How this perception originated and evolved over time is open to speculation, but opinion polls have consistently showed a marked decline in favorability for both the U.S. and Americans since the turn of the millennium.  What initially triggered the world’s negative opinion of Americans can probably be traced back to the early 20th century when U.S. involvement in global affairs rose in ascendancy, and when the image of the nation was portrayed by powerful and overindulgent industrialists like Wall Street banker J. P. Morgan.

However, widespread obesity in the U.S. is a relatively new phenomenon.  Prior to World War II, malnutrition and disease were much bigger problems.  From the U.S. Department of Health and Human Services: 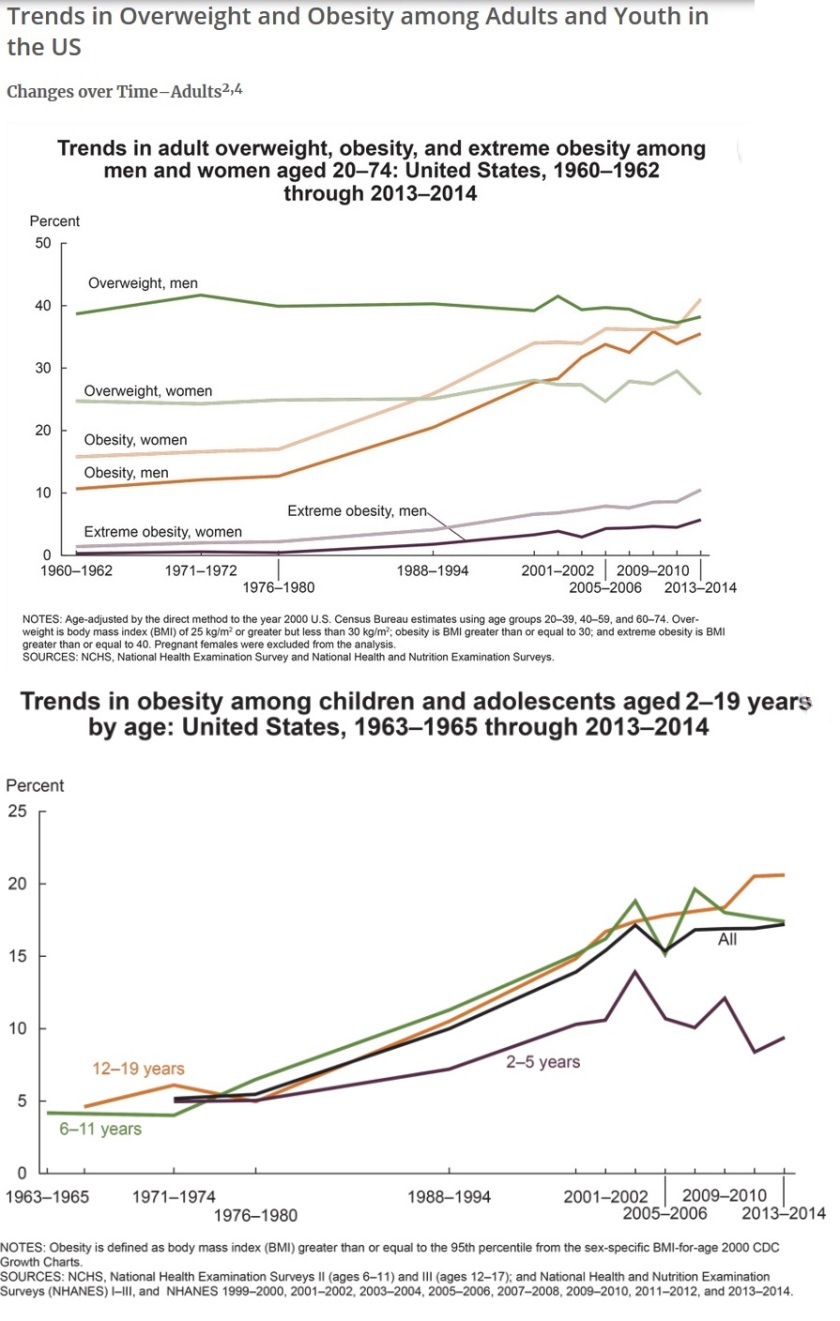 The latest statistics clearly indicate a continued rise in obesity.  From The New York Times…

One thought on “Why is the obesity rate continuing to rise in the U.S.?”