Following a flurry of micro blogging over the weekend a candlelit vigil in protest against the NHS Reform Bill began to form in Steelhouse Lane in Birmingham, outside the Children’s Hospital (formerly the General) and opposite the police station.
At 7.45pm when I arrived there were about half a dozen of us. Numbers started to increase. At around 8pm candles were lit and a number of speakers shared their experiences. The mood was calm, dignified, good-natured yet concerned.
By 9pm, when our hour was passed, we started to disperse. The numbers had swollen to around 70, bathed in candlelight, from different walks of life. Health service employees, users, teachers, seasoned campaigners, people making the first protest of their lives, male, female, young and not-so-young, ambulatory and those mobile thanks to sticks or wheelchair. The usual suspects were there but so too those for whom the Health Reform Bill has pushed, shyly, into direct action. Their first experience of exercising the right to make their opinions known will be positive. New friends, new alliances, new perspectives.
For those politicians and trade unionists who didn’t come – you missed an opportunity to network with your electors, members and potential members. Your absence was noticed. If you miss opportunities like this do not be surprised when people of this century treat you as an irrelevance. If you are seen to decline the initiative too often, the new activists will stop giving you that option.
They are perfectly able to organise themselves. An evening of protest repeated all over the country passed off without vandalism, kettling, riot-police and lawlessness. It arose not through weeks of planning but by a weekend of social networking.

link to the FB event page 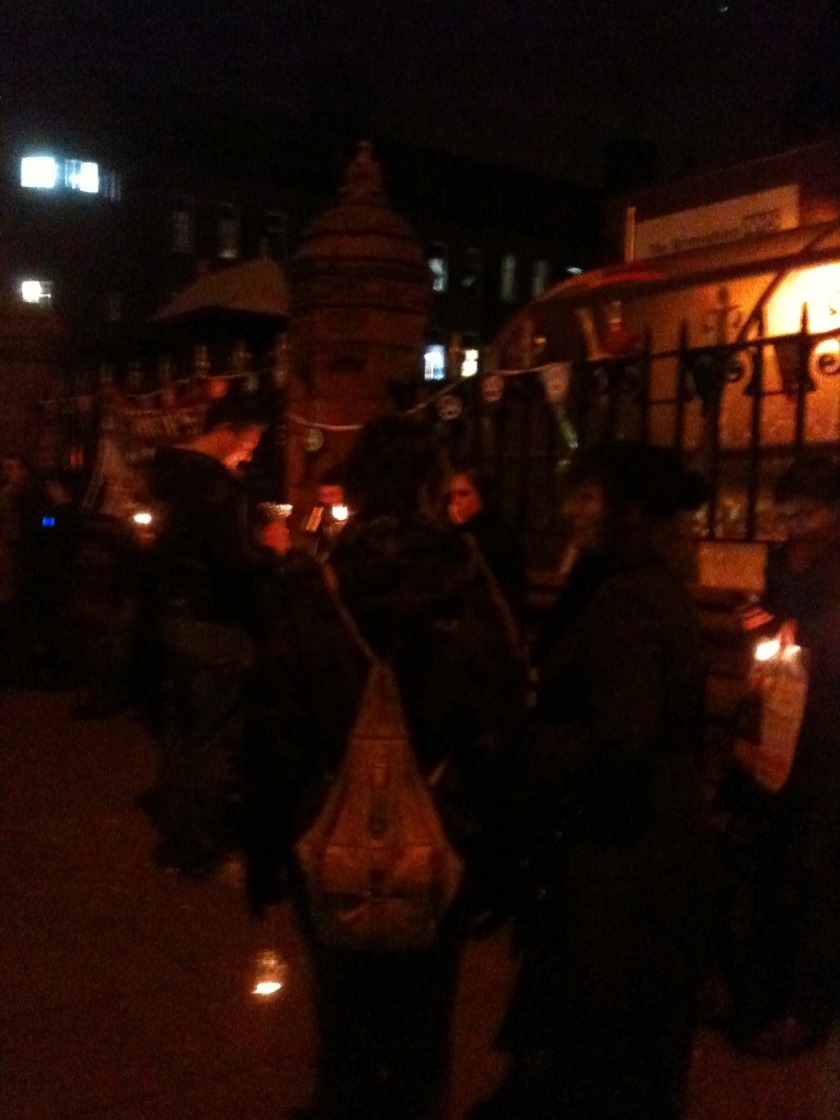 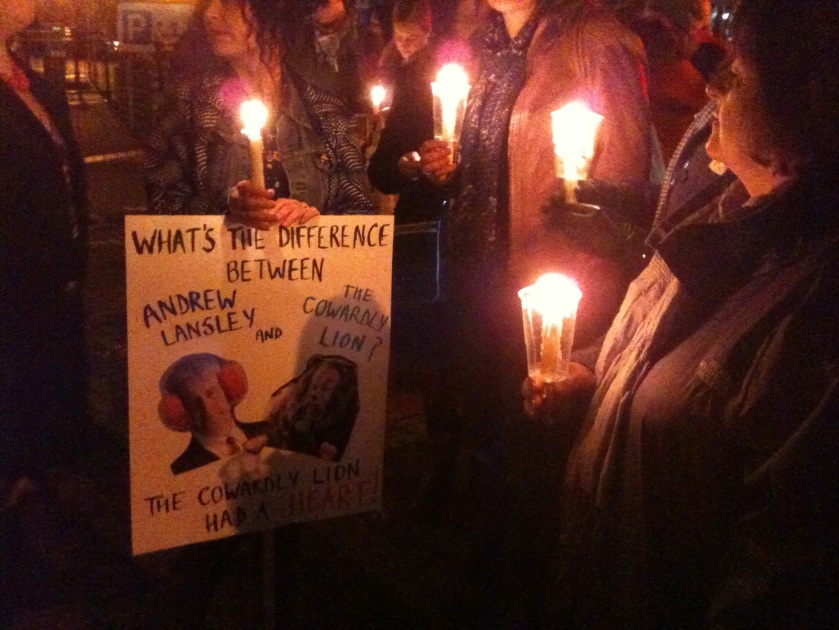 2 thoughts on “Candlelit Vigil for NHS”